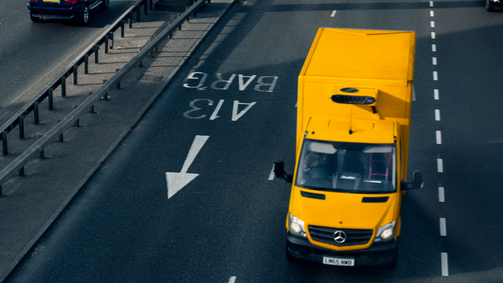 InstaVolt, founded in 2016, operates rapid charging infrastructure through its nationwide network of approximately 700 charge points. It is headquartered in Basingstoke.

EV sales in 2021 in the UK totalled more than the five previous years combined, while the country will ban the sale of petrol and diesel cars from 2030.

Anna Sundell, partner and head of EQT Infrastructure’s UK advisory team, said: 'The future is electric and InstaVolt is essential to the roll-out of EV charging infrastructure across the UK, a prerequisite for enabling mass adoption of EVs.

'We are excited about supporting InstaVolt in the next phase of growth and for EQT to play its part in decarbonizing the transportation sector and driving the transition towards net zero in the UK and beyond.'

As a third of British households lack access to off-street charging, many rely on public charging stations. InstaVolt’s charge points are most often situated at retail, food, beverage and forecourt sites. Current partners include McDonald’s, Costa Coffee and Booths, among others.

EQT Infrastructure said it was committed to invest significantly to accelerate InstaVolt’s expansion of charge points across the UK, and support the mission to roll out 10,000 rapid EV chargers by 2032.

Adrian Keen, InstaVolt CEO, said: 'InstaVolt has set a standard in the UK for driver experience and infrastructure, and now with support from EQT, we are in a unique position to accelerate that target and replicate our model in other geographies, transitioning the business into the next phase of growth.

'We want to thank our partners and customers who have supported us on our journey so far and want our customers to be reassured that what has made InstaVolt so successful, including our focus on reliability and ease of use, remains unchanged.'

The investment sees founding investor Zouk Capital exit after establishing the company with the InstaVolt management team in 2016. Zouk is the manager of the Charging Infrastructure Fund (CIIF) and has a central objective of scaling open-access, public EV charging networks for the UK’s EV drivers.

Massimo Resta, partner at Zouk Capital said: 'The InstaVolt team and Zouk identified the opportunity in 2016 and built one of the leading rapid EV charging infrastructure companies in the UK.

'We believe the management team are in great hands with EQT and wish InstaVolt the very best for the next stage of their journey.'

With this transaction, EQT Infrastructure V is expected to be 65-70% invested, including signed / agreed deals.